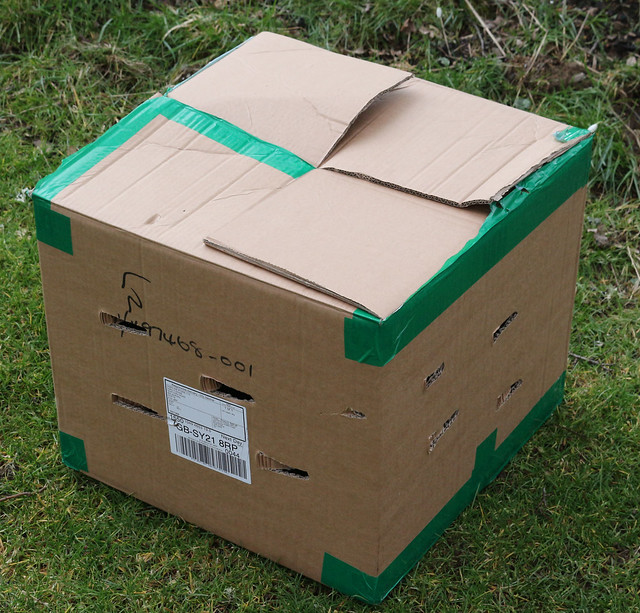 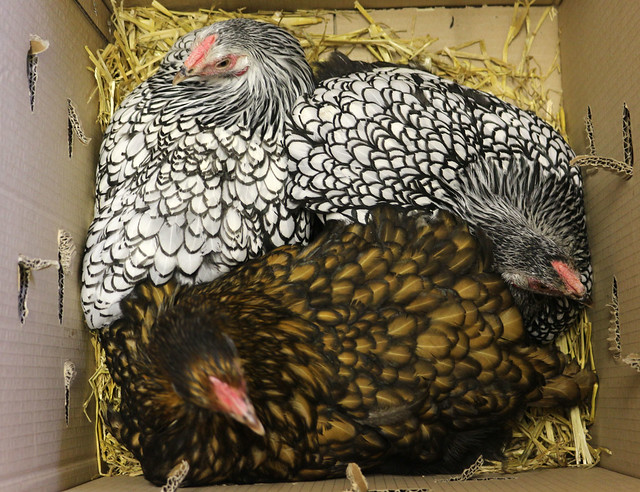 They had already received names on the way home, on the principle that we can’t spend too long thinking up fancy names as the number of living things in our care increases, so let me introduce:

They weren’t too sure about their new home 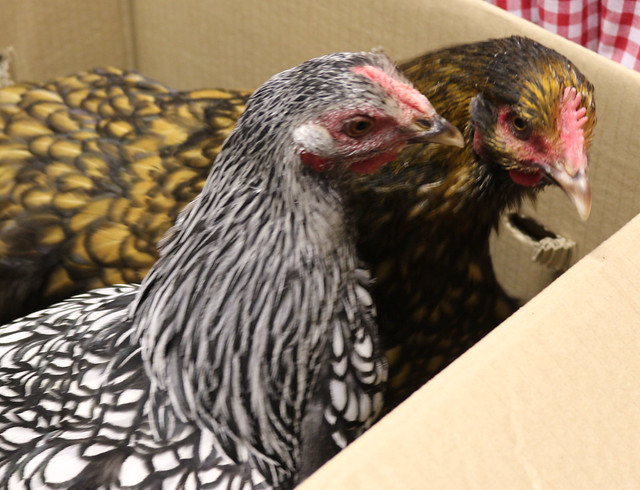 but a bit of a cuddle gave them encouragement 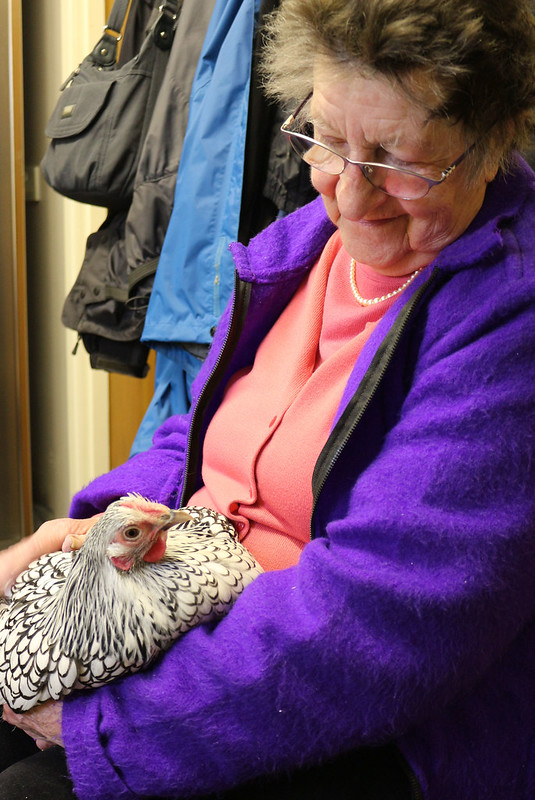 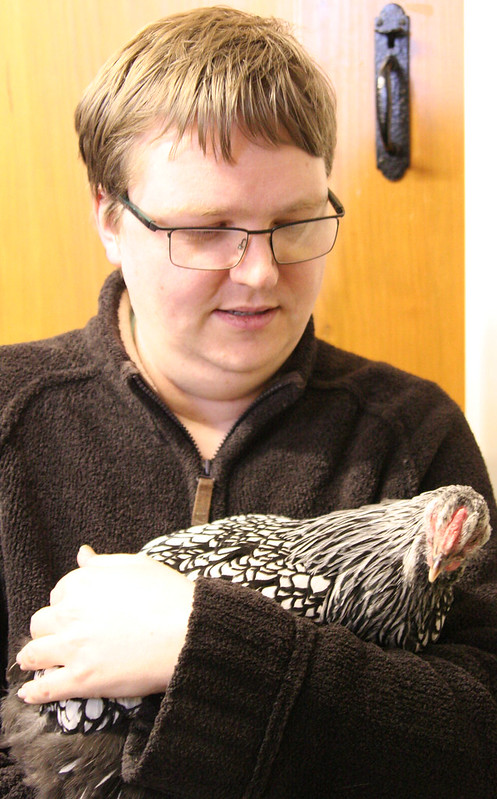 Outside and Flora was quickly on watch 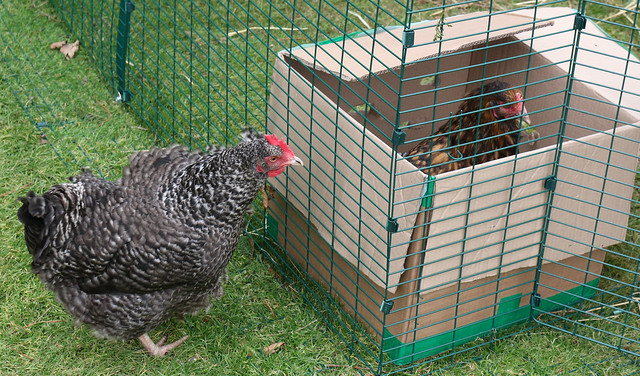 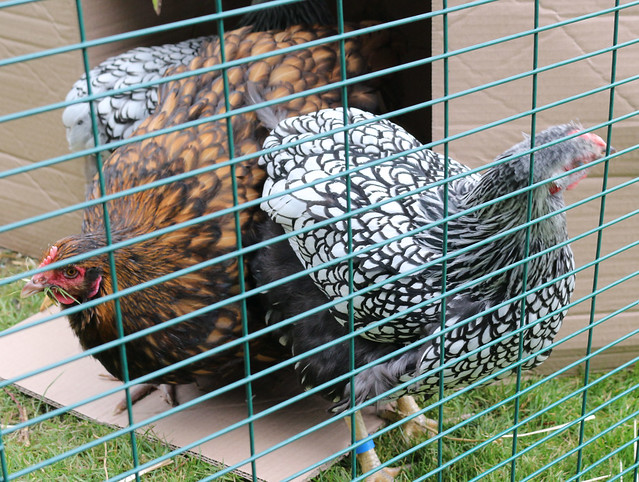 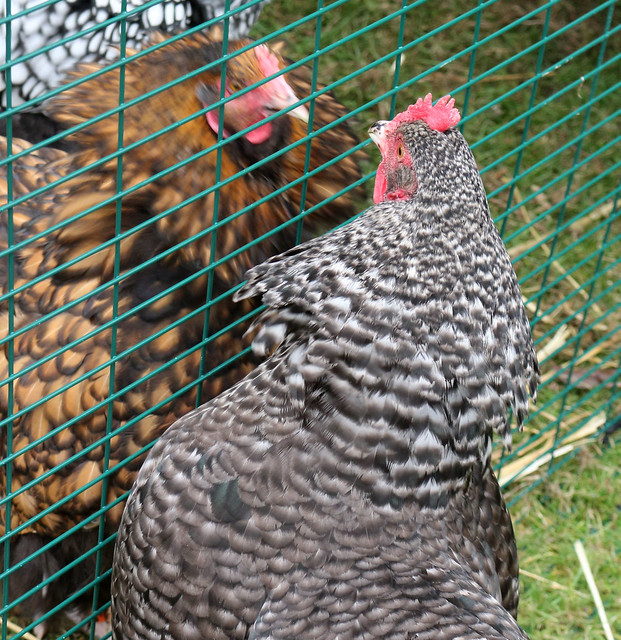 Hopefully they can agree on their pecking order through the fence so after a few days they can mingle without too much bloodshed.

They are three very beautiful hens. Apparently The Gold Laced Orpington is comparatively rare, they have only been in the uk for about 7-8 years being brought in from Belgium and Germany. Research says they have lovely laid-back personalities and can make excellent pets but I am not sure if June has read that particular reference.