Today the number of mammals we have evidence for increased by two. Up to now the list was (not counting sheep):

Today we found this: 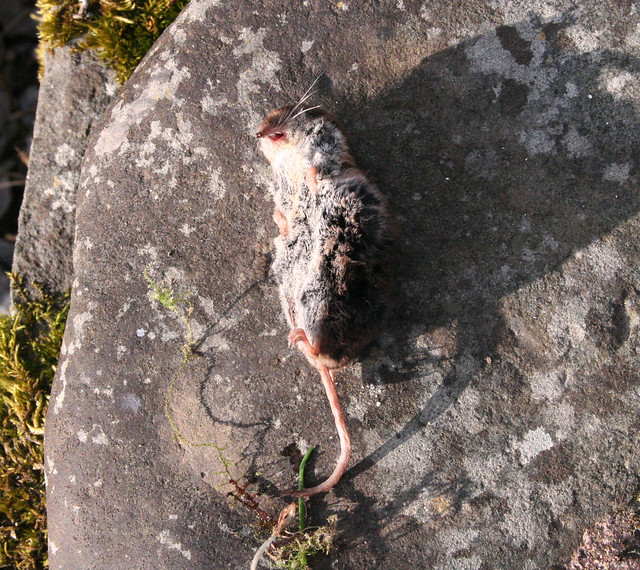 Common shrew – Sorex araneus, lying beneath one of the conifers where the owl roosts during the day.  Maybe the owl dropped it?  But the shrew was very fresh and found near the end of the day so was it a victim of a daytime hunt or was there another explanation? In the middle of the field is a very large pile of pruned branches left by the previous occupiers.  As sheep are soon to graze this field we thought now is the time to remove it – separating out wood which can be used as kindling and small logs and burning the remainder.  In this picture the pile has already been reduced by about a third: 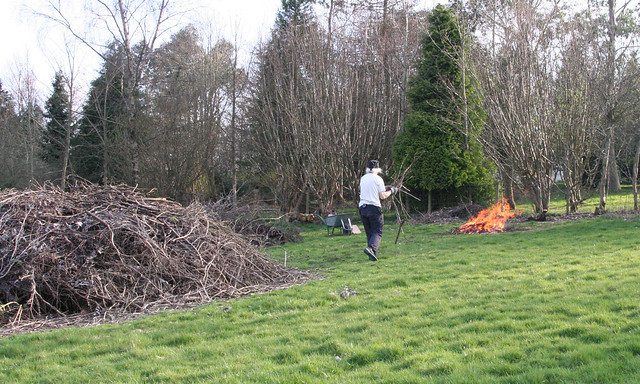 Ironically this morning we spotted a solitary small rabbit – Oryctolagus cuniculus creeping into this pile. There used to be a large rabbit population here before myxomatosis but now there is very little evidence of their presence. Here is the forecast for tomorrow:

and it pretty much shows what it has been like the last few days too.  Here is tonight’s sun going to bed ready for that busy day it has tomorrow 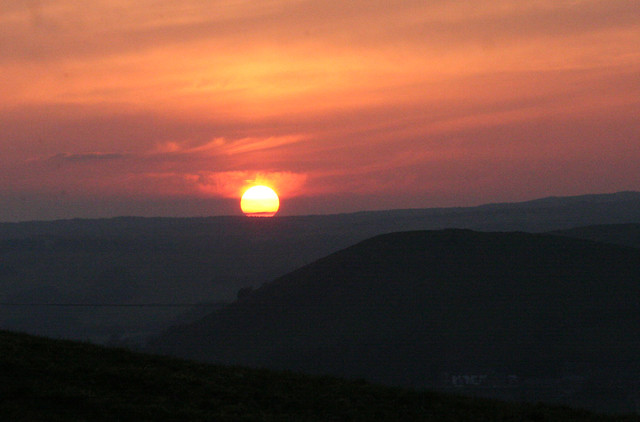