Right, we need people’s help on this one. Today one of us remarked on this: 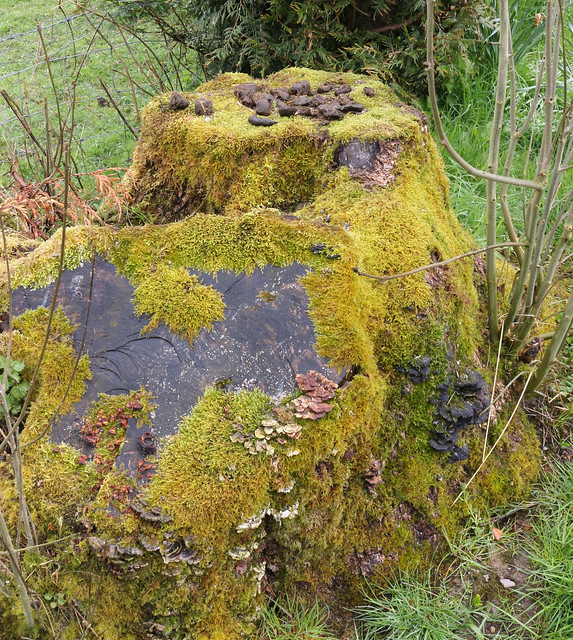 Apparently it had been there for several days but the assumption had been that someone else was just being artistic.  When no human claimed responsibility we had to think again.  We were looking at the Old Ash Stump: 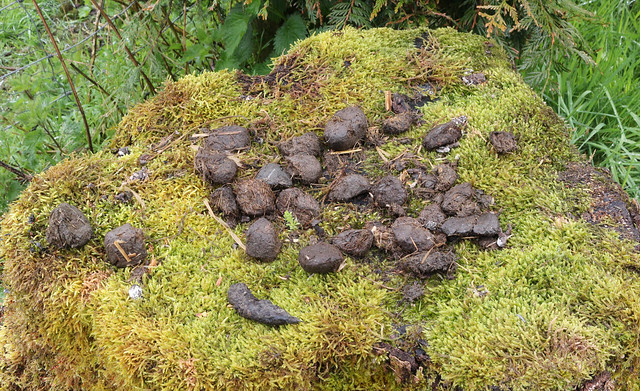 and saw two things (which may, or may not, be connected).  The most obvious is an arrangement of horse dung.  Now around a week ago we brought a trailer load of fresh horse manure on to site: 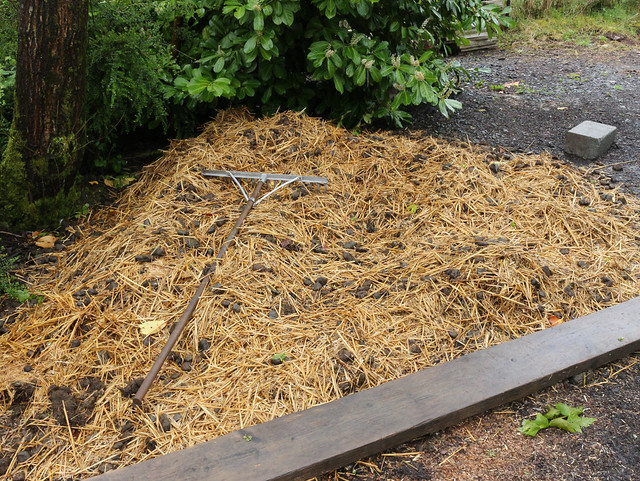 Some was moved on to compost bins and the remainder was left in a heap.  As it is freshly moved stable litter it consists of straw and whole dung balls.  Something has moved twenty or so of these dung balls some 20 metres from where they lie to collect them on this stump.  Who? Why?

Along side the dung is a large pellet (unless it is a scat): 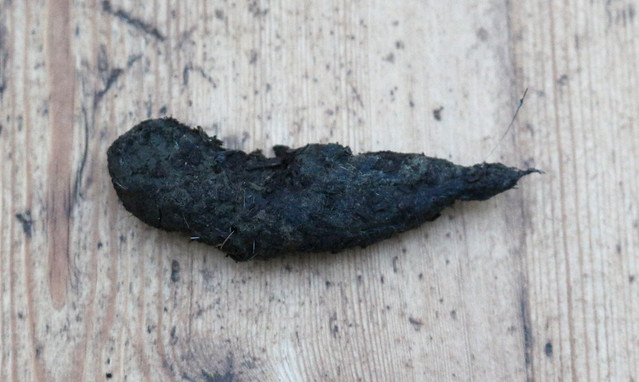 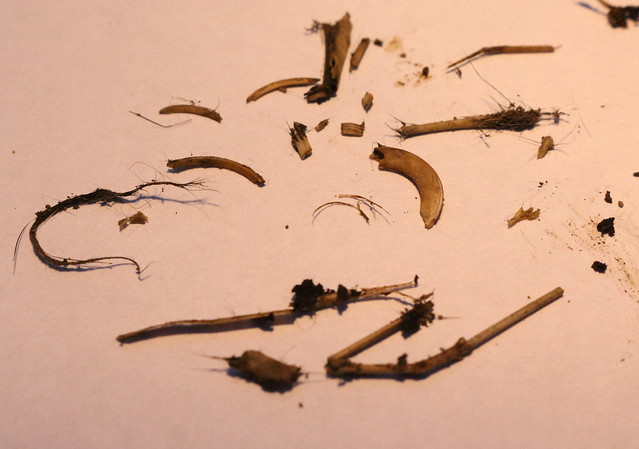 What has been happening on this stump?  Help please!

Meanwhile it has been a traumatic day on the feathered front.  Poor old Dahlia.  She travelled all the way from the city but she has developed peritonitis and is not laying.  So an unhappy hen carrying so much fluid that she can hardly walk – still eating and her old time mentor Molly keeping her close company. But today it was decided she would be happier going: 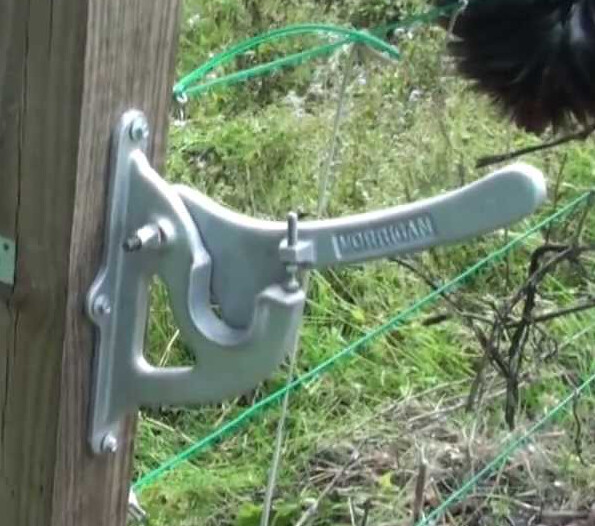 And then in late afternoon a consternation at the top of the plot. Magpie flying off chased  by blackbird pair. Could magpie only carry the chick head, this was left; 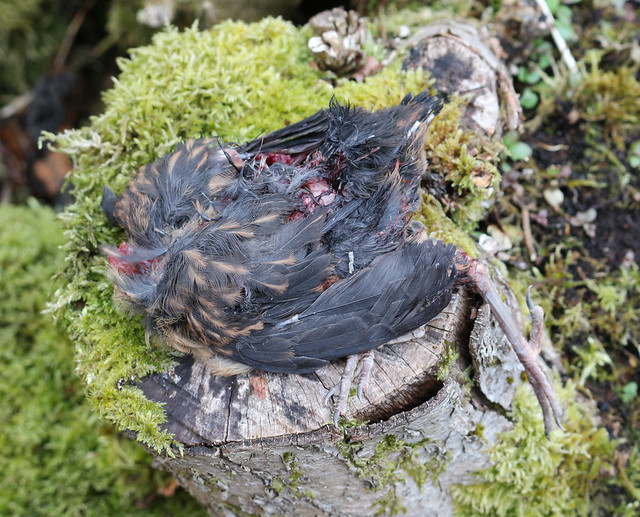 nearly fledged. On locating the nest and picking up the headless corpse, the remaining fledgling left the nest – probably a good plan as the magpie returned but found an empty nest and did not come back.  Would the parents find it or give up hope?