Eh up, we didn’t choose to come and live at this altitude in order to have to put up with things like this: 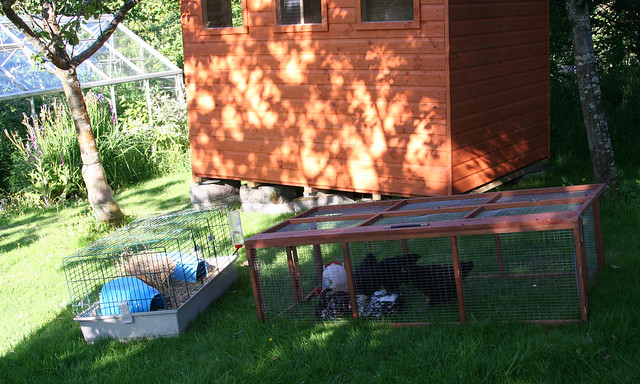 The Youngest Of All 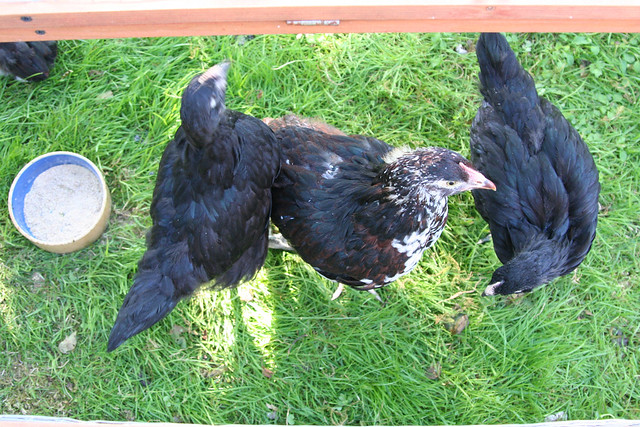 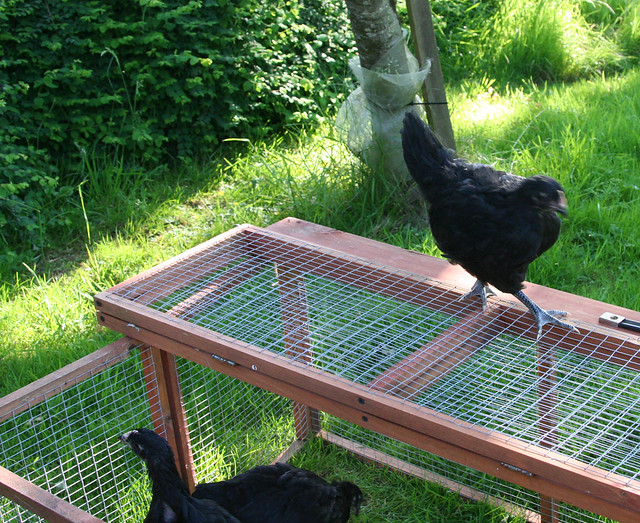 The lane approaching The Plot is sunken between high banks.  For the last hundred metres one side is a ten foot high near vertical south facing edifice. If it was a site for solar panels I am sure it would power  a small village – as it is, an ever-changing network of flora absorbs the energy to grow, blossom and then give way to the following wave. Today the star performers include honeysuckle 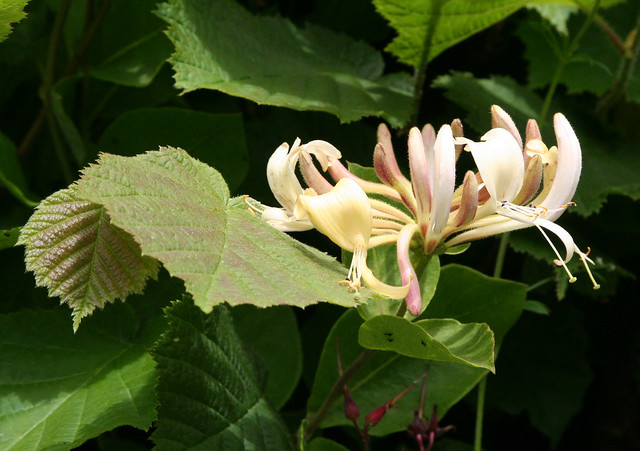 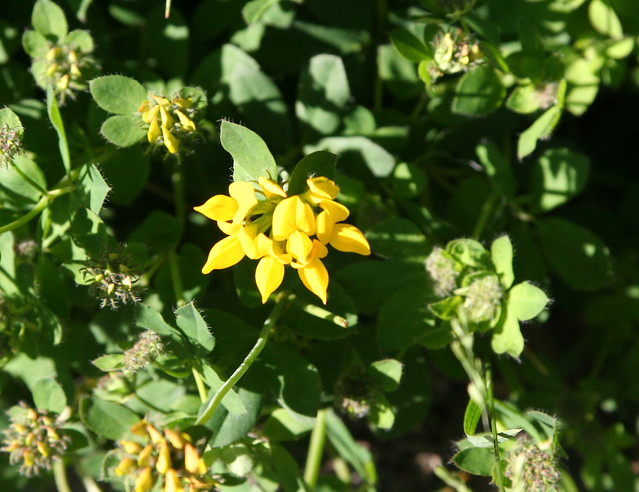 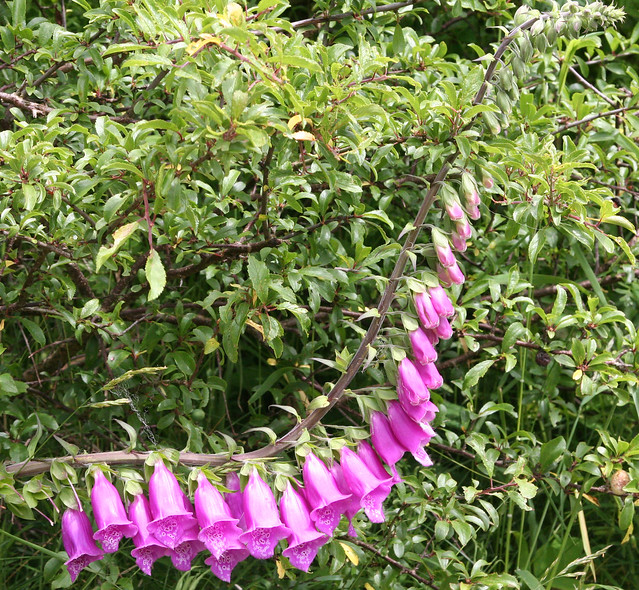 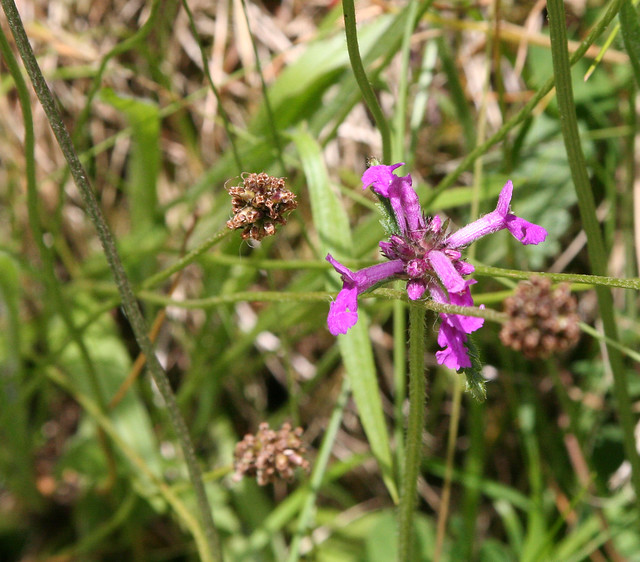 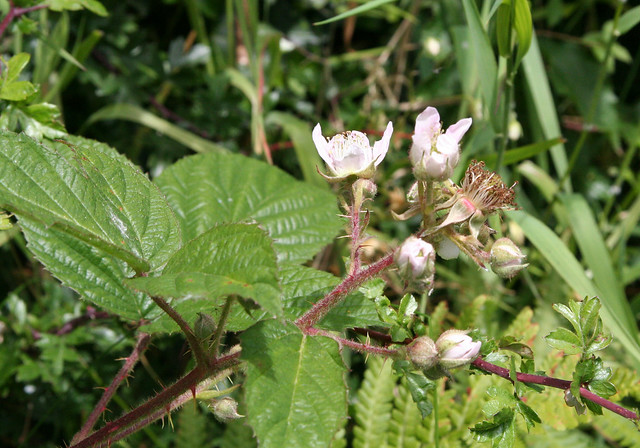 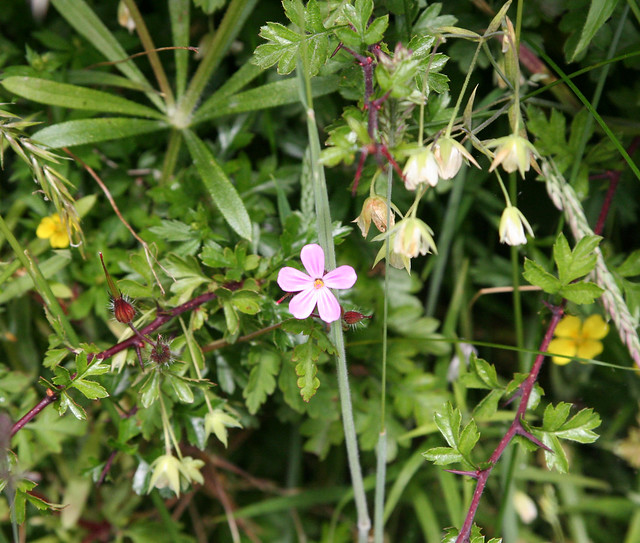 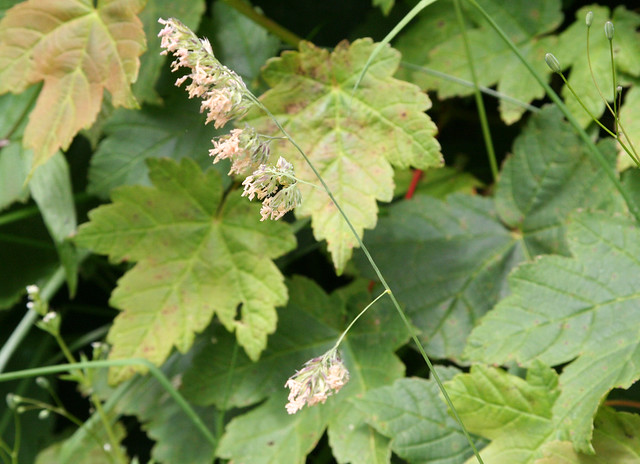 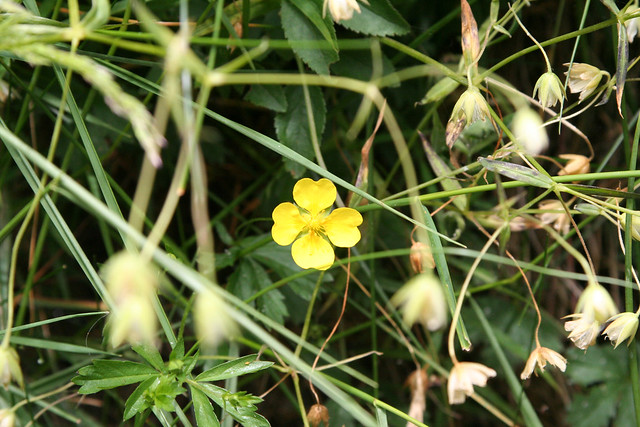 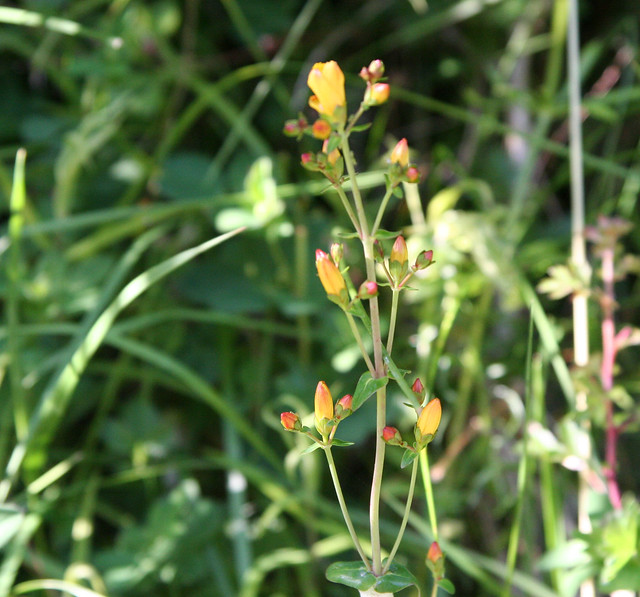 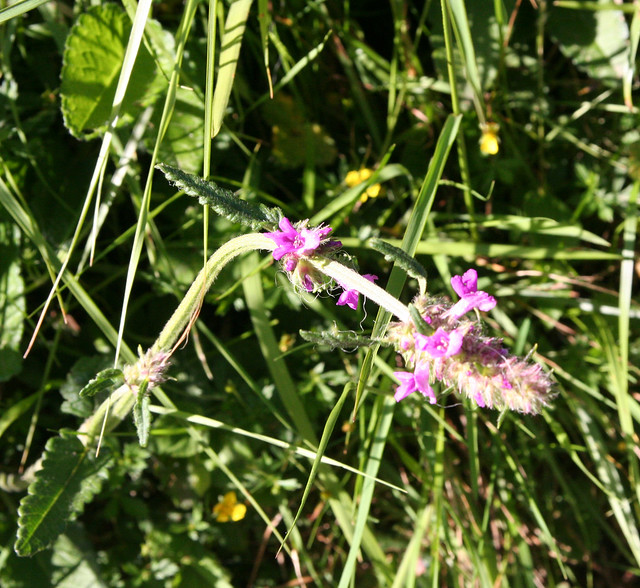 But on the other side of the bank a melodrama is being enacted.  If I say melodrama I am sure you think Blackbird. This pair, having had their previous brood taken from the nest by The Magpie, set up home Number 2 a few yards away  in thick bushes.  In spite of the young being very loud they survived the nest to fledge early today. Dispersed they might be a little safer. One sits in the bushes 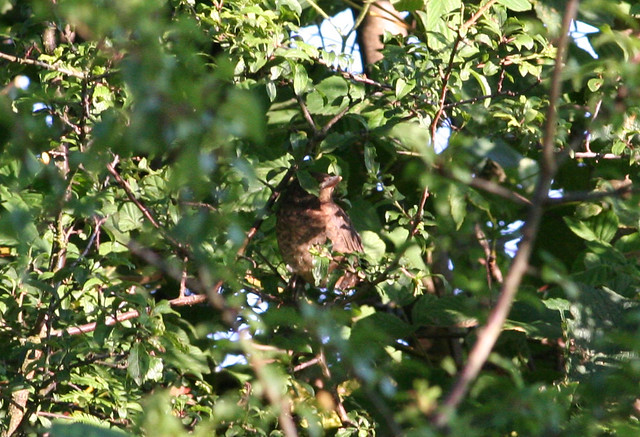 while another, rather unhelpfully, disappears into a huge plant pot 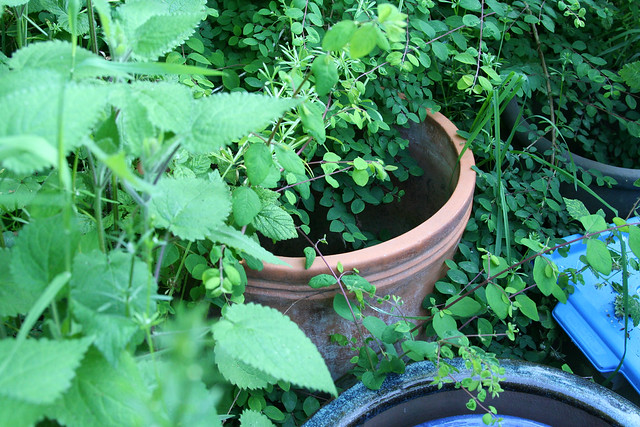 from which it can’t easily get out or receive food from its parents.

Magpies cruise round, a competing male Blackbird advances threateningly, and of course the parents kick up a major fuss.

We remove fledgling from plantpot, keep watch on Magpie scaring duties, and hope for the best.