The dominant sensation of today cannot be easily captured in a picture – the sound from the next door field made by dozens of lambs expressing  their feelings at being separated from their mothers.  The young cattle, who share their field, got really fed up and came to see what we were doing 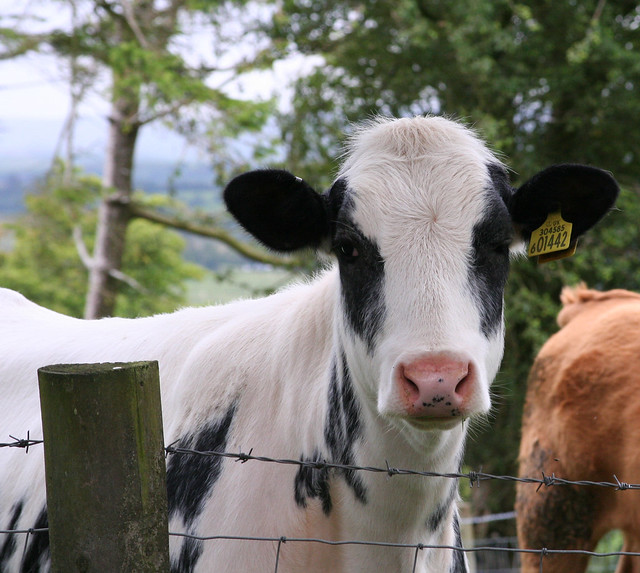 They found us erecting the new chicken fencing, necessitated by our recent fox visit

This was a good occasion to do a bit of bird sorting.  The five youngest were brought closer to the main flock prior to integration.  This let Fanny, the Maran cockerel, have a face off with Floppy, the young Speckled Sussex cockerel without having to actually touch each other 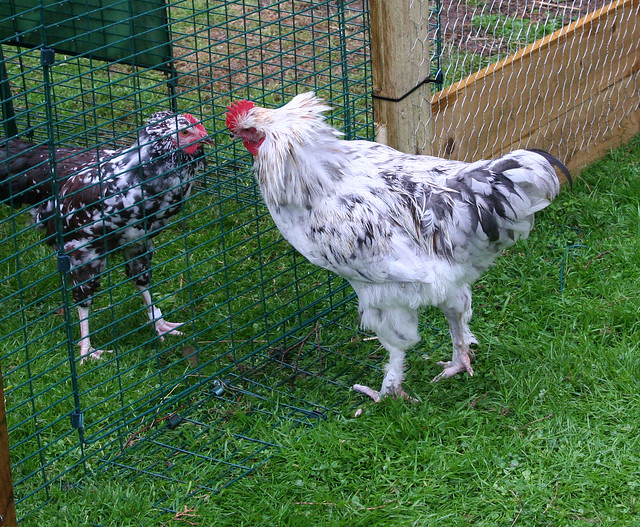 Meanwhile Shelia, the Australorp cockerel, was masterminding an escape plan 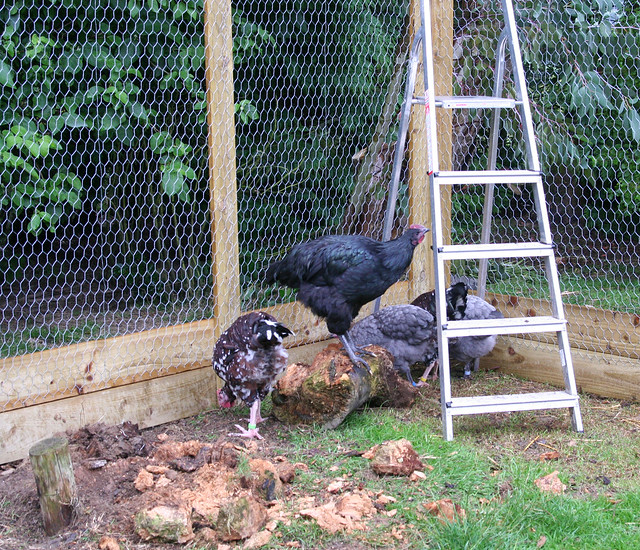 By tonight all was finished

and as the sky darkened, yet again, with August rain 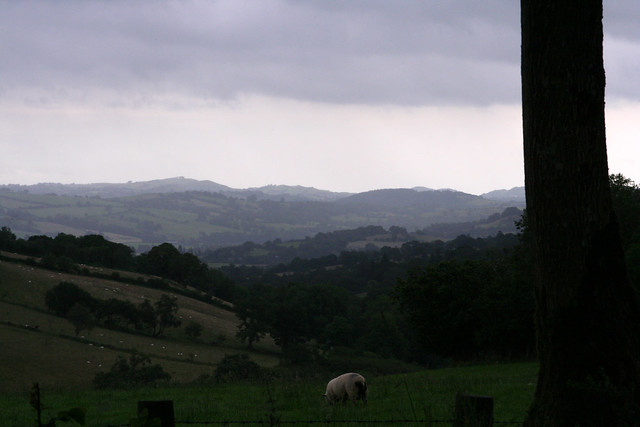 all the older chickens, which up until today had been two groups in two houses, were all tucked up together, albeit with a lot of squawking. All that is, apart from Fanny.  In spite of being the biggest, featheriest, cockerel he was far to afraid of Flora’s mob to go in.  In the end he had to seek refugee in the Pot Luck run where the two unnamed Speckled Sussex cockerels await their fate. If you want to spare either of these from the pot then speak now. 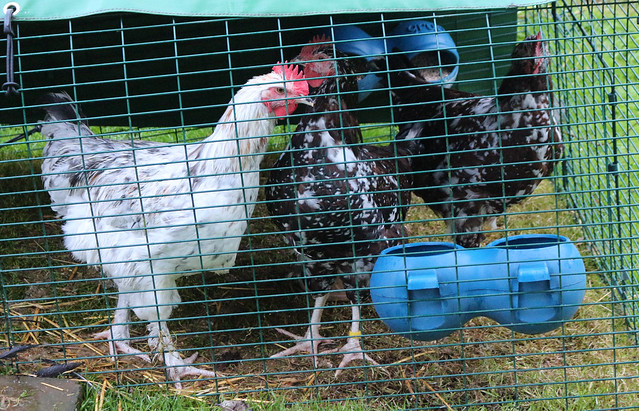 We have now taken delivery of all the materials needed to build pig arks and install their water supply.  August will be a busy month. 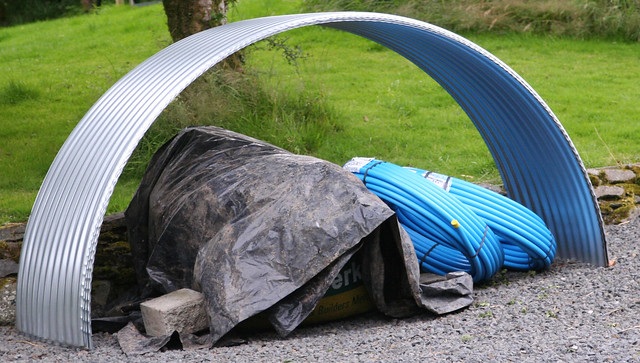