The RSPB says of the Starling “Still one of the commonest of garden birds, its decline elsewhere makes it a Red List species.” which seems confusing.  Does that mean it is declining outside gardens, or in other parts of the world?  Perversely Wikipedia puts their conservation status as “least concern”.

We have memories from childhood of starlings being omnipresent around the house and then seen as a pest by parents for their roof nesting mess.  We can also remember murmurations over our the city of our previous life before all public buildings were swathed in anti-roosting netting.

But in our previous suburban life it was rare to see a starling in the garden.  There was one occasion that sticks in memory when young daughter called us with excitement to ask what this exoctic visitor was.

And then to here.  And for two winters we never saw a starling.  Then this time round they arrived.

Coming as flocks to the neighbouring field

trickling across the grassland. never seeming to stay long in one place, but presumably as a swarm consuming quite a lot of something

they certainly seem very busy with beaks down and tails up 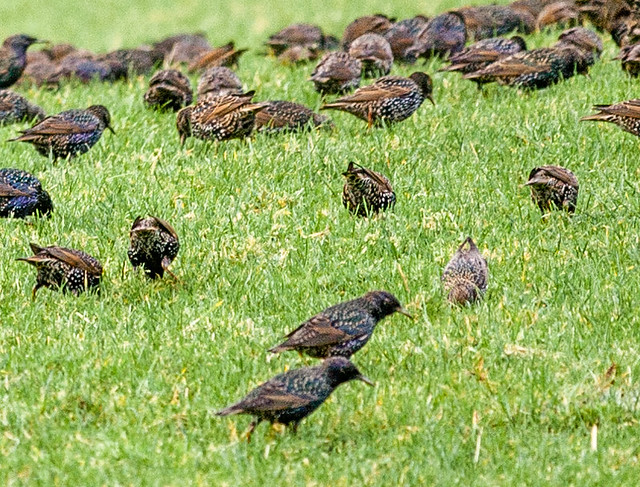 Then, as with a single mind, they move on. The sheep don’t really care. 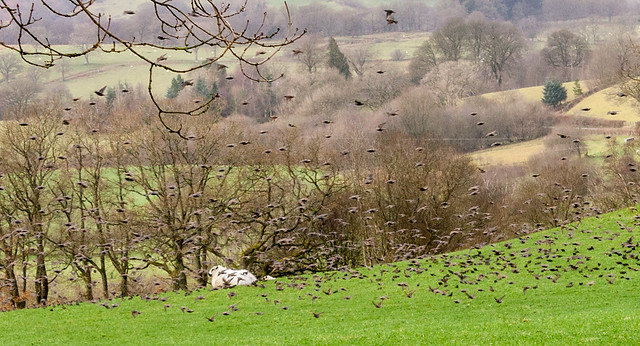 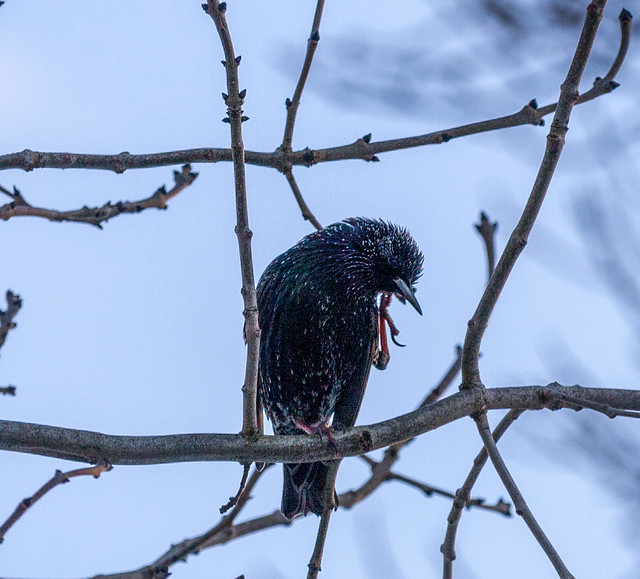 and actually singing (as opposed to their communal chatter), something they seem to do without really opening their beaks 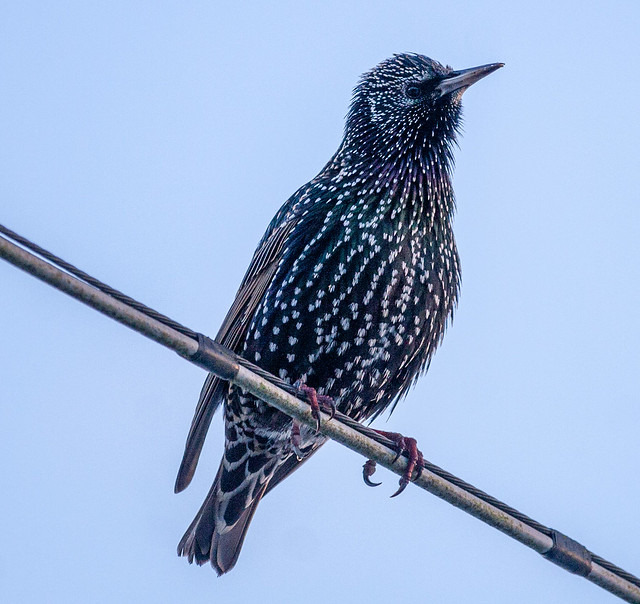 They also visit the feeders 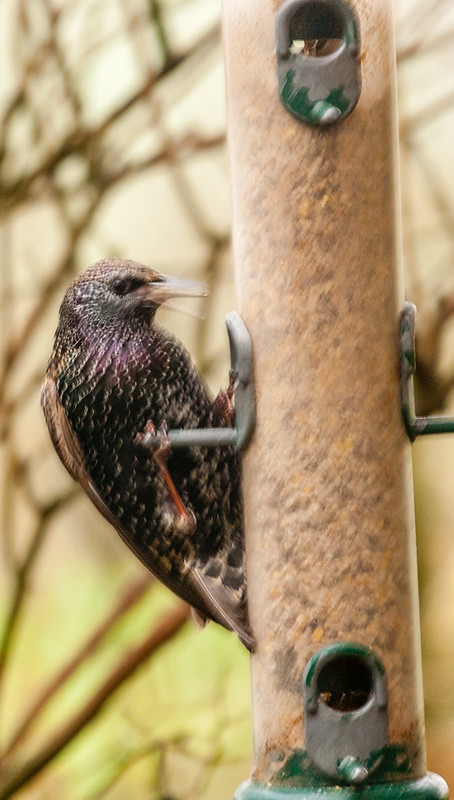 but don’t take them over, as surely they could, rather taking their turn with the tits and finches.

And then, as dusk falls, our contingent takes off 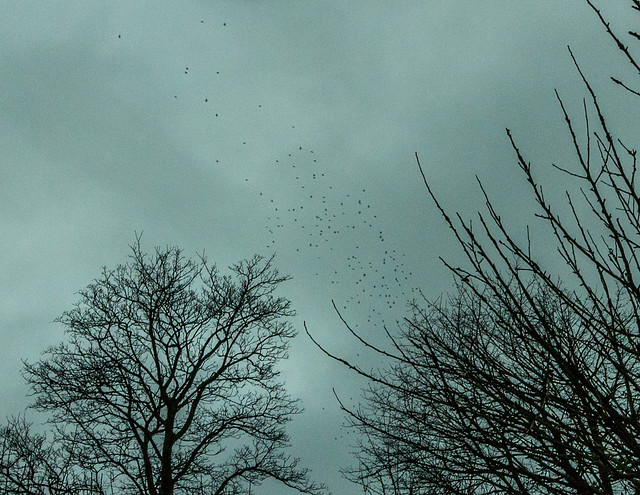 to join other groups, heading west. It would be good to find their resting place.

As this is being written, coincidentally, this has been on the television.  Perhaps our starlings go to Rome every night