The other day we reckoned we had eight different locations containing hens/ducks/eggs – and that wasn’t counting the ones that only served as day or night quarters.

So, the latest arrivals are two chicks from six Speckled Sussex eggs 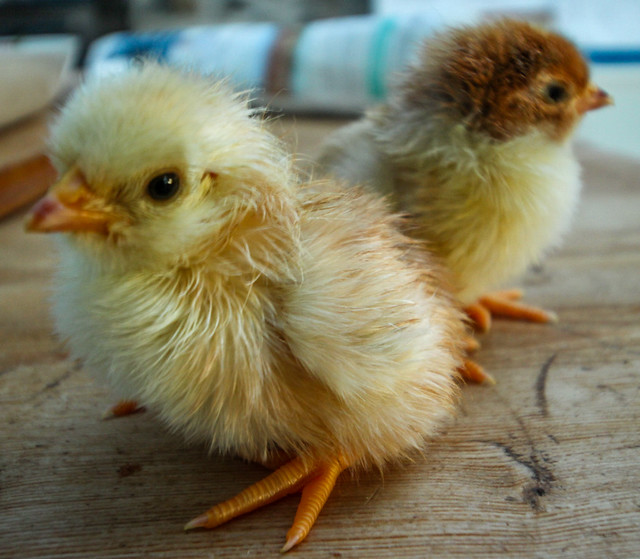 Small cohorts have to be merged so tonight, in a bit of a blur, they meet up with the one Australorp (out of six) and two (out of six) French Marans currently under the brooder 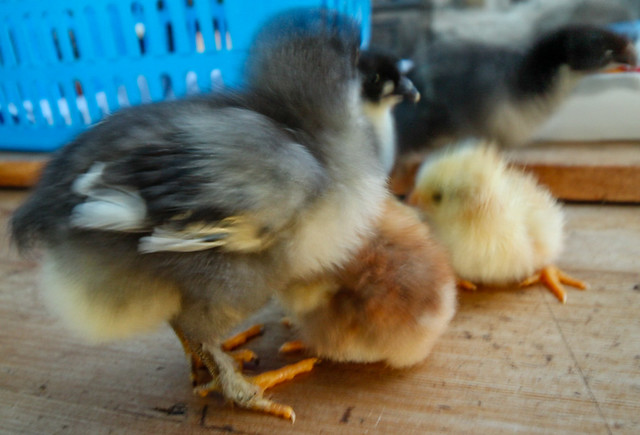 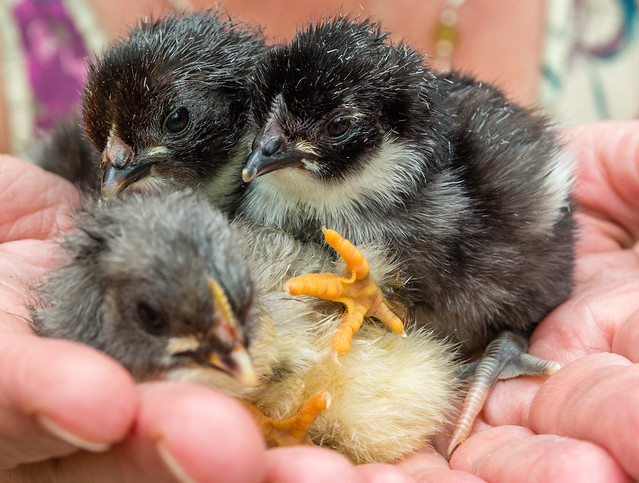 But since then they have been expanding their horizons 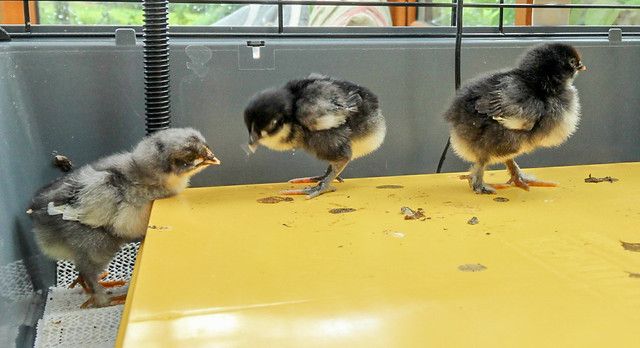 until they think they are on top of things 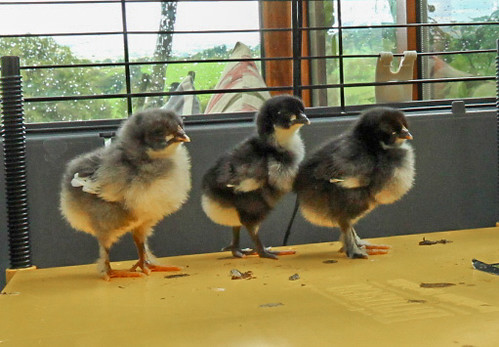 Will they show empathy towards their new companions?

Solo, of course, needed emergency companion therapy and now thinks he is a Muscovy 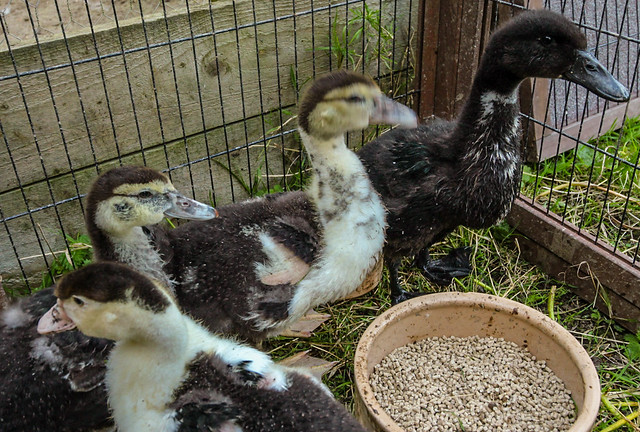 Beguiled by those arrivals, before they started developing the first signs of their bizarre adult form, we now have six eggs of their breed in the incubator.

Solo was part of our project to enlarge our laying Cayuga flock. The previous hatchings had produced two and then three successes, which now – due to an excess of drakes, have been reduced to a combined group of three 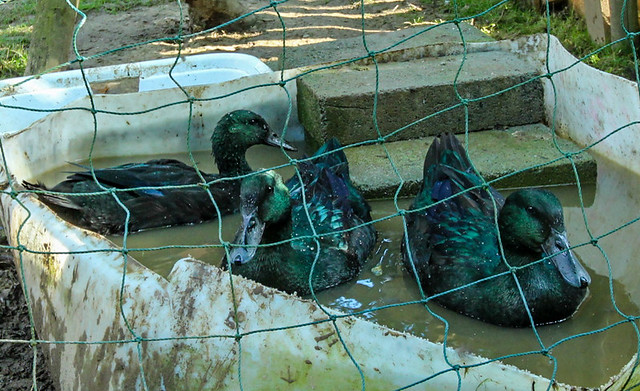 The award for the most successful clutch goes, or course, to Claire with her Natural Birth method 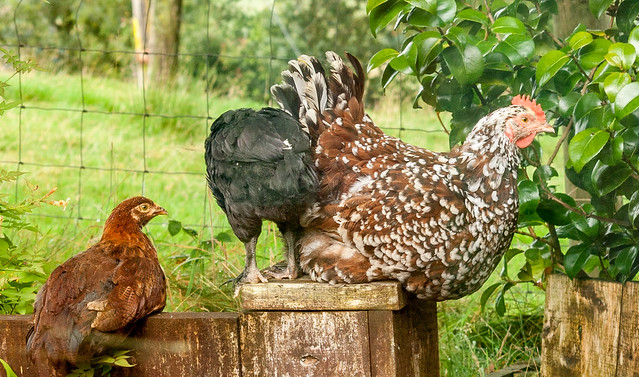 (although we did sneak some extra, incubator hatched, chicks underneath her.)

Floppy is just content to rule the roost. Here with one of a brace of Sussex Rangers that recently joined his harem following a visit to a local show 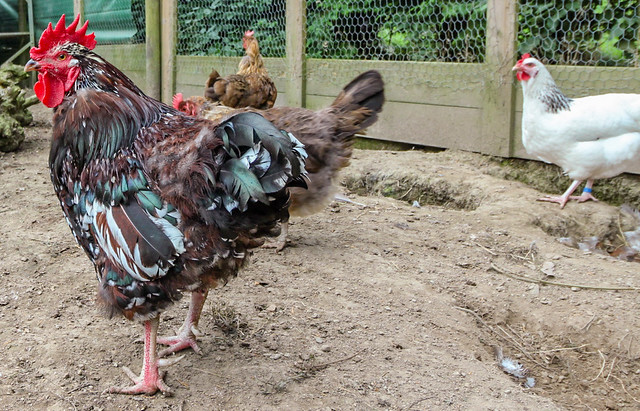