We only need the windscreen test to know what is happening to insect life.

A recent analysis published in Biological Conservation reported “The world’s insects are hurtling down the path to extinction, threatening a “catastrophic collapse of nature’s ecosystems”. More than 40% of insect species are declining and a third are endangered. The rate of extinction is eight times faster than that of mammals, birds and reptiles. The total mass of insects is falling by a precipitous 2.5% a year, according to the best data available, suggesting they could vanish within a century.” 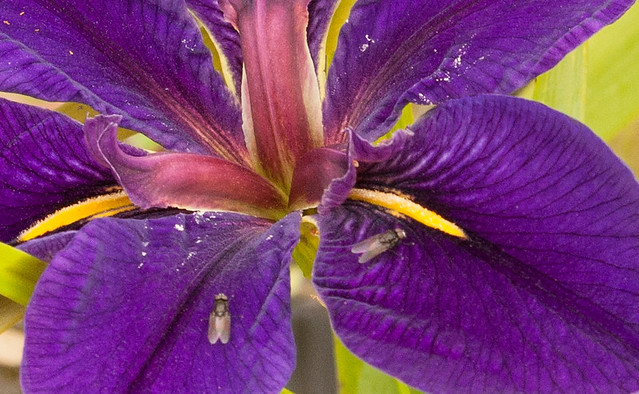 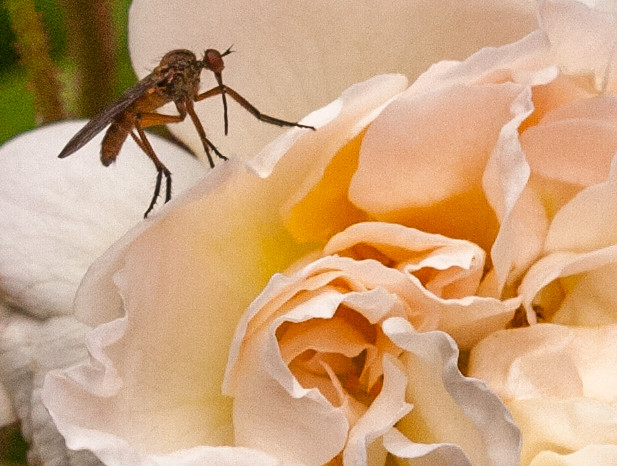 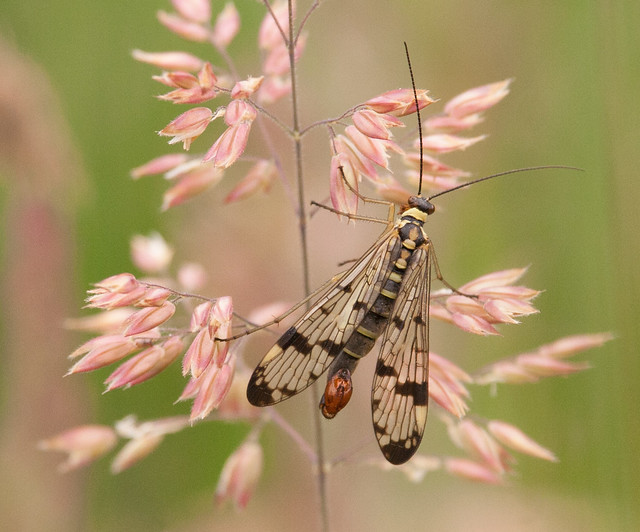 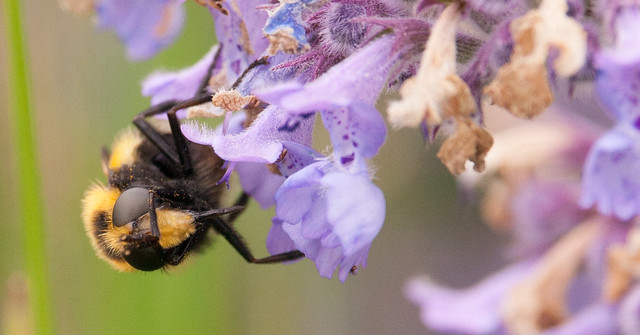 Who knows what lives in the depths of the ponds, from where bubbles mysteriously rise 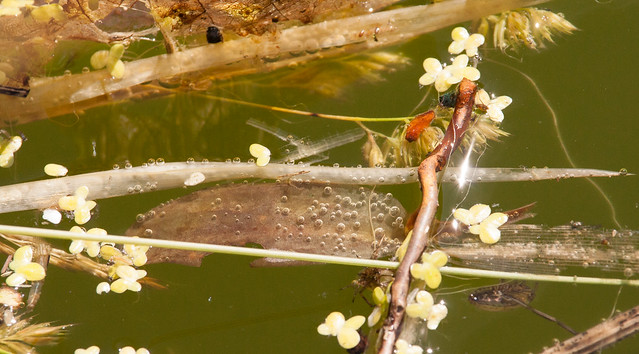 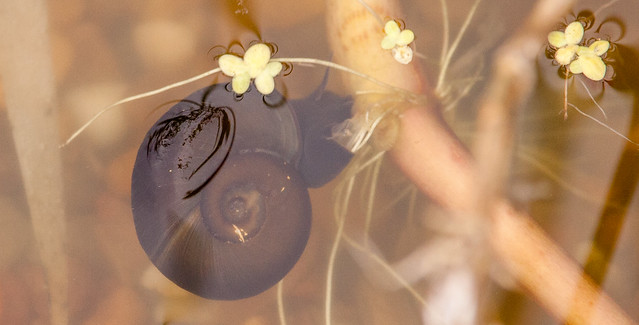 On the surface, where waterboatmen row by 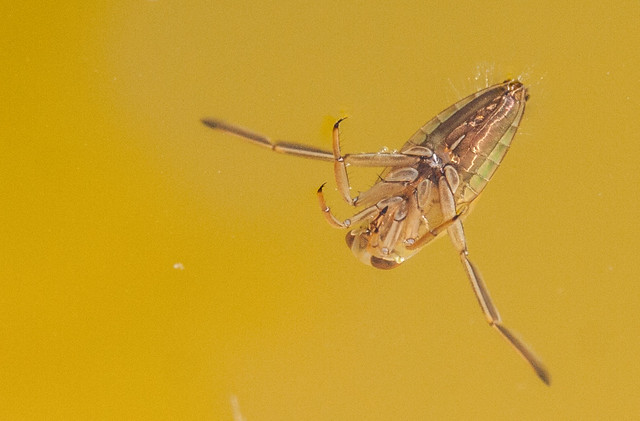 there is evidence of metamorphosis 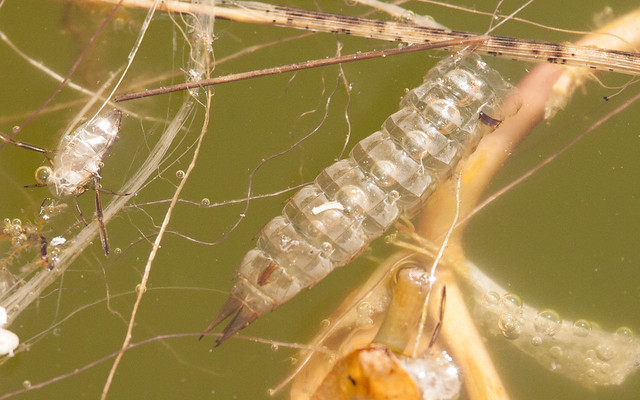 Above fly a variety of damselflies 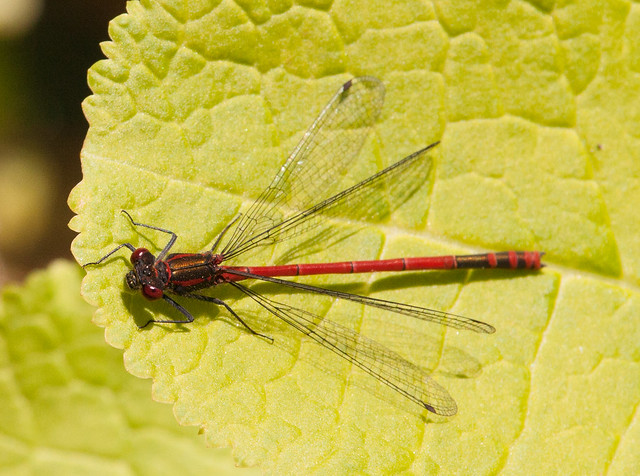 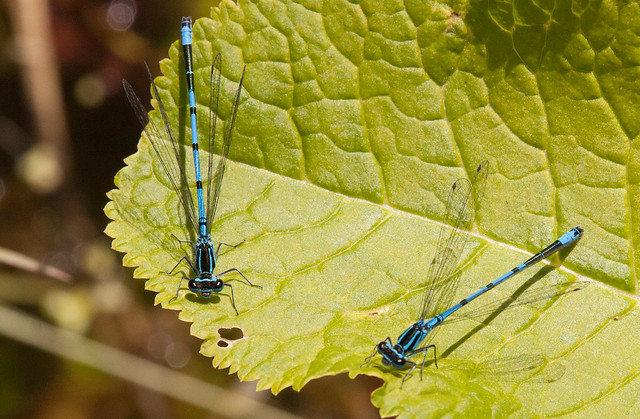 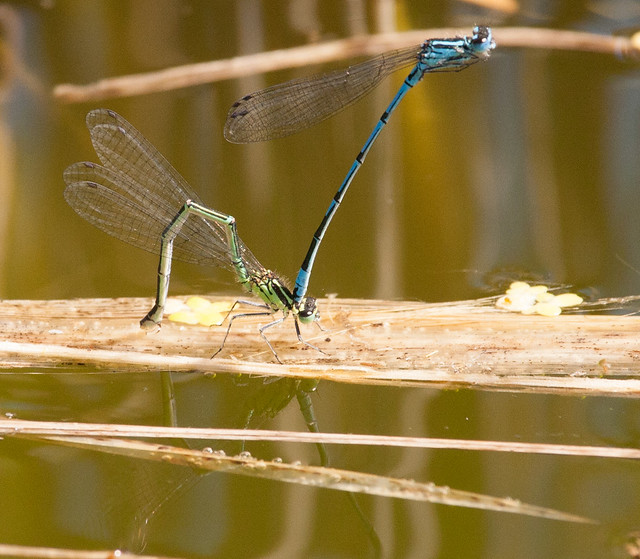 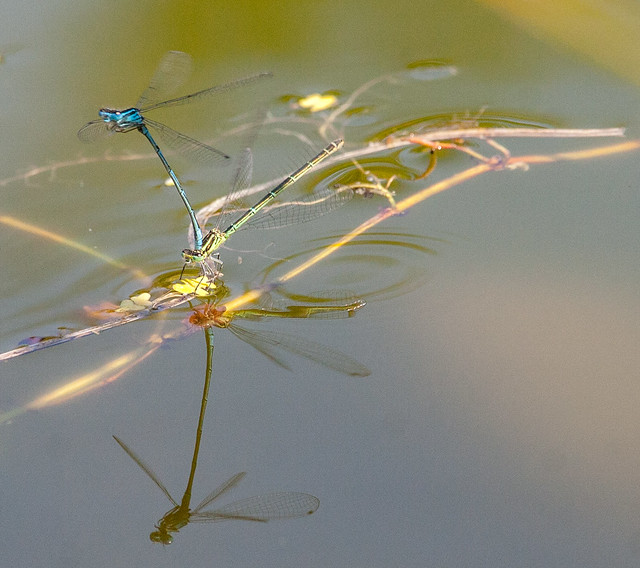 One we have not seen before: 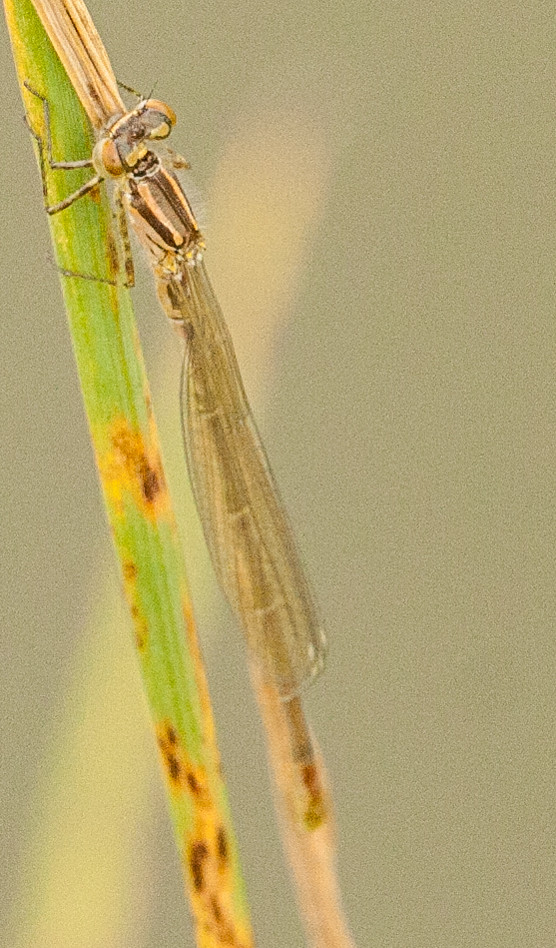 The spider that chooses this spot 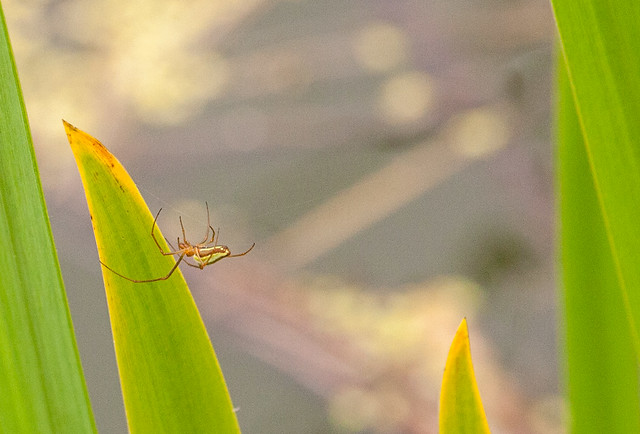 can ensnare a colourful meal 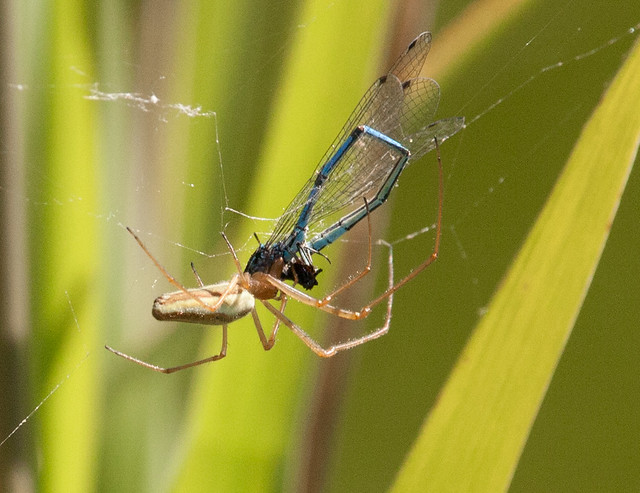