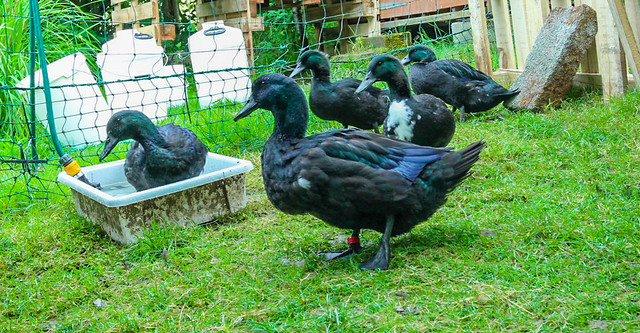 because they are so beautiful 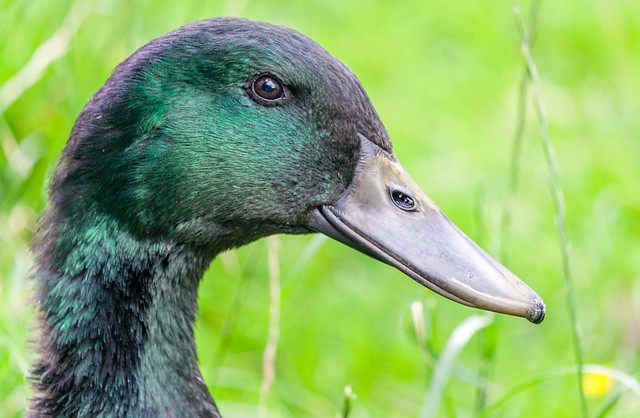 We hatched eggs in an incubator to increase our flock 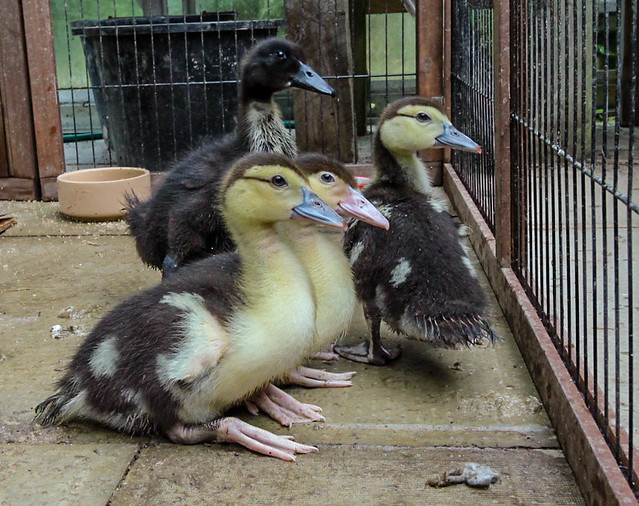 You can’t learn how to be a duck by yourself so we scoured the area for company. All we could find were Muscovy ducklings.

The Muscovies grew up and we quite liked them 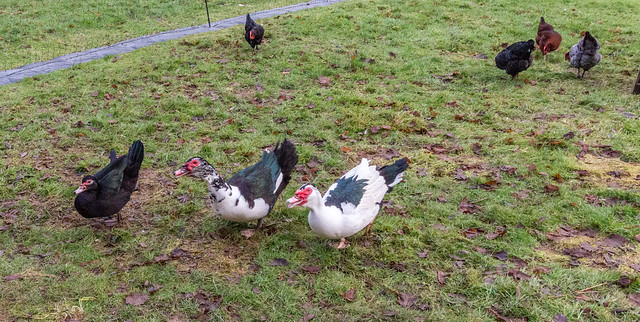 So we bought in some Muscovy eggs.

But only one hatched 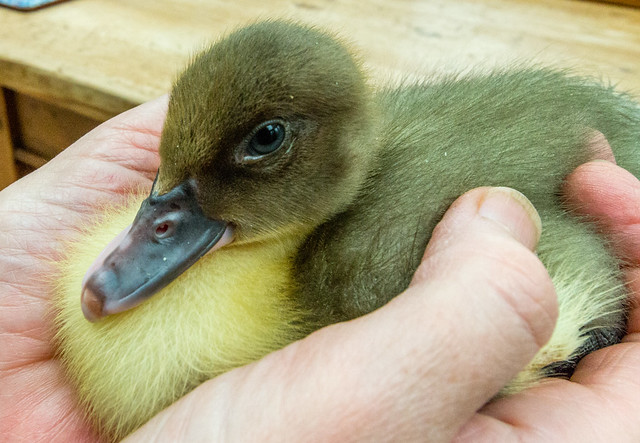 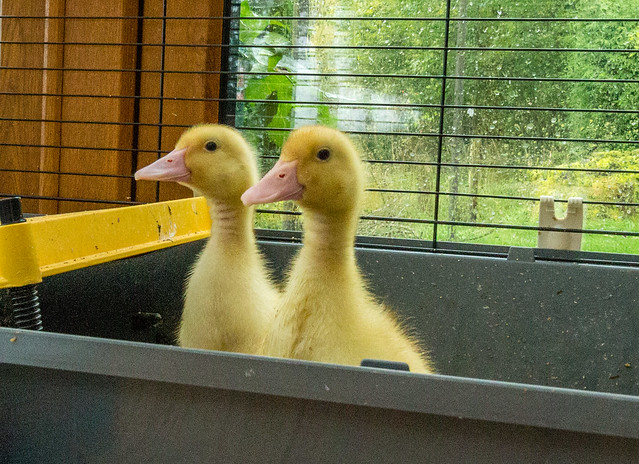 but all we could find were Aylesburys

They grew up and we quite liked them 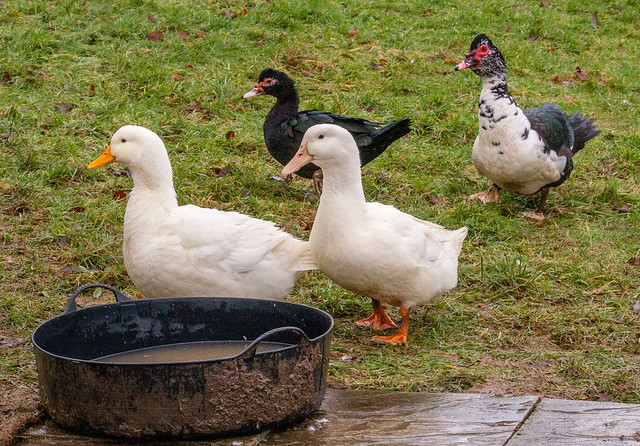 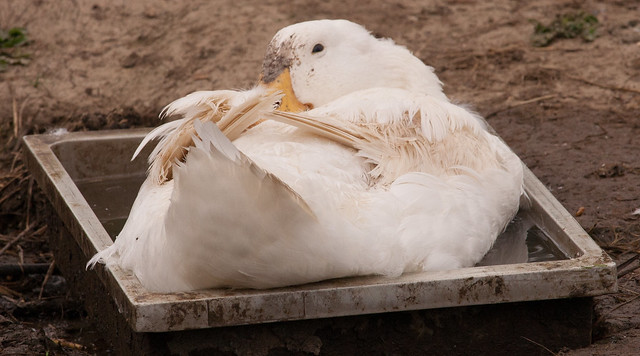 One of the Muscovies, Cagney (friend of James) went broody so we let her have some of her own eggs, plus some Cayugas.

She managed to hatch two…. one Muscovy and one Cayuga…. both…. Drakes. 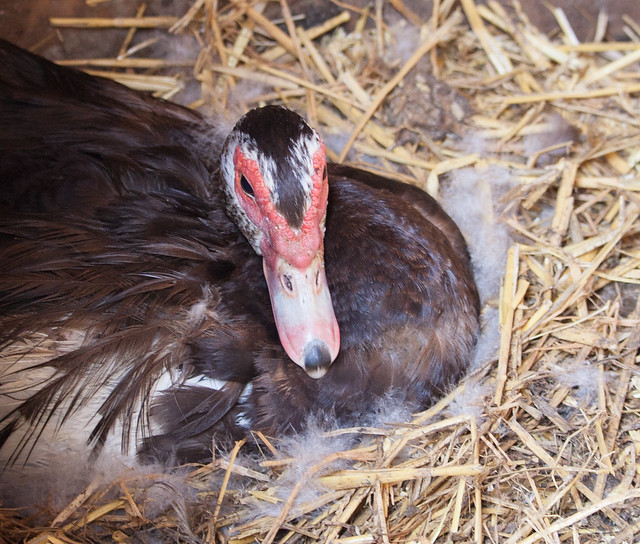 we let her sit. Which she did with great dedication, only moving once a day to have a wash and brush up on her stump 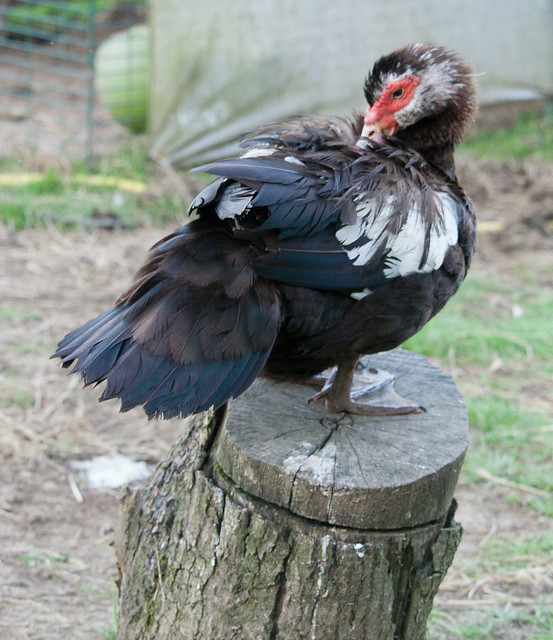 However, we suspected the eggs were not fertile (later proved correct) so this week we had to track down some Muscovy ducklings 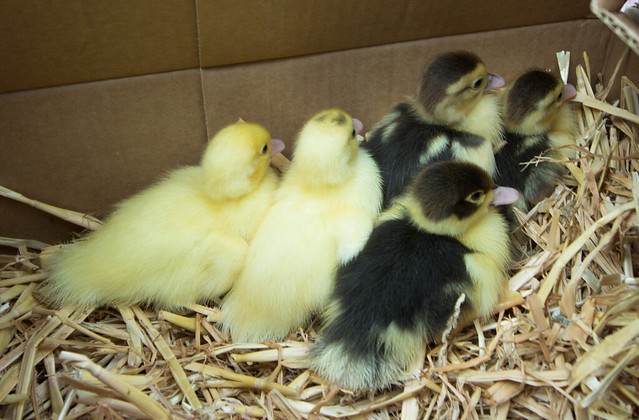 for her to take under her wing 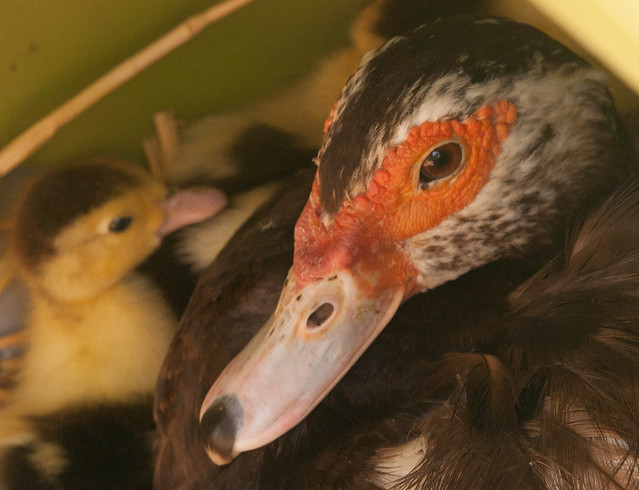 to make all her efforts worthwhile 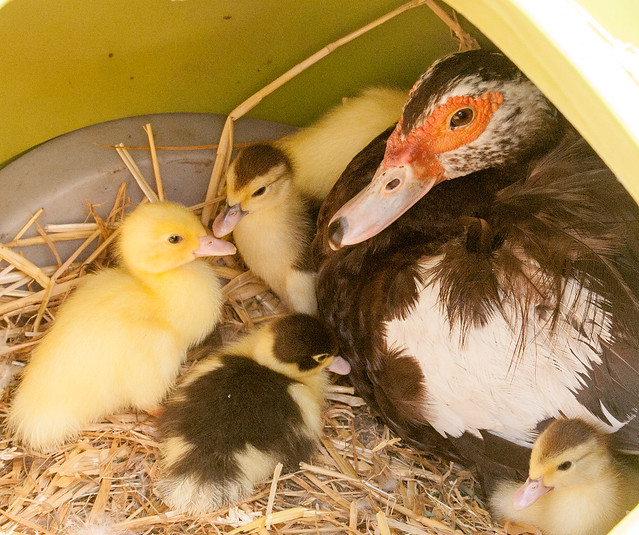 She is taking the job very seriously 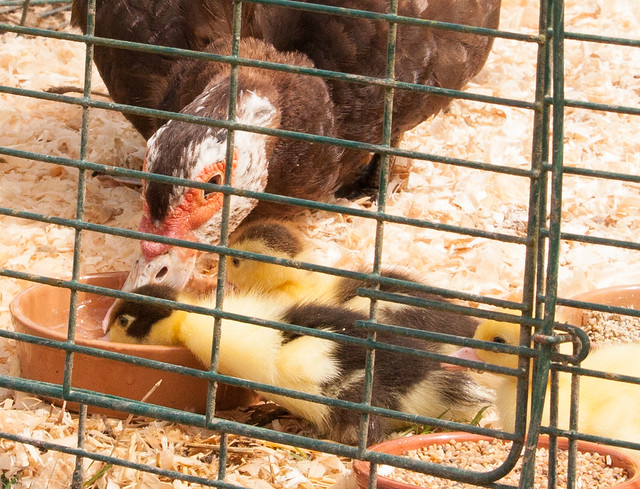 Which is why our duck flock is a bit mixed 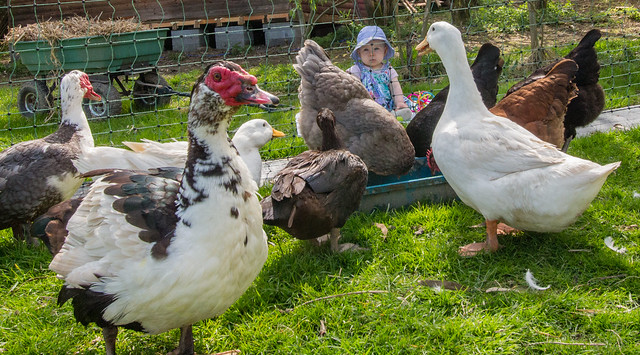