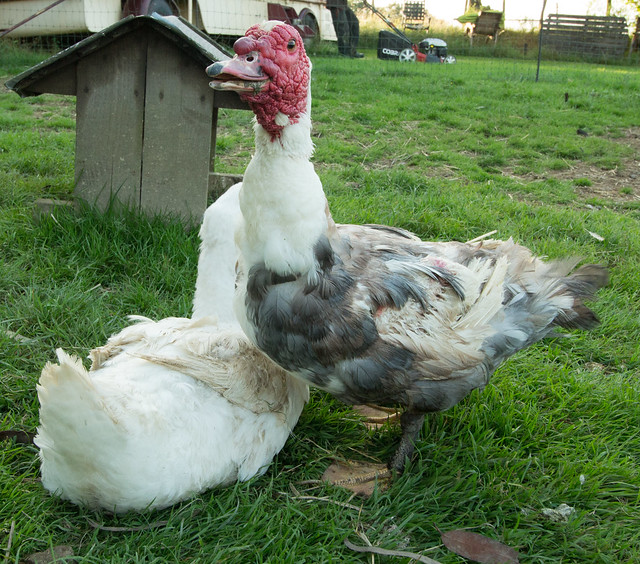 with Ian, her admirer, standing guard.

As things were getting worse we decided she should see the vet. John had been managing with a lopsided walk ever since she was little but now the joint was infected. We were advised there was no real solution and she would be getting more miserable with increased pain. It was decided that her life should end. 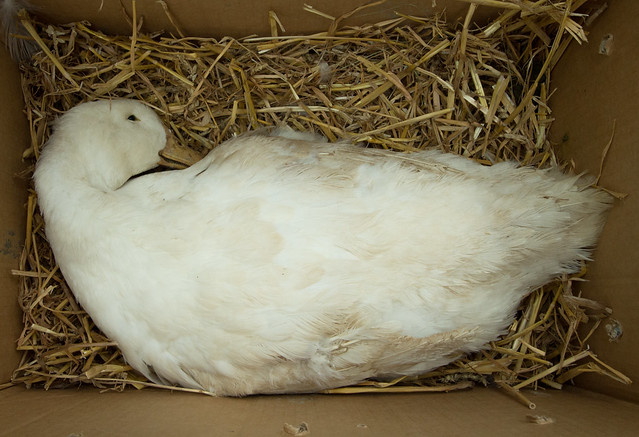 John was one of two Aylesbury females that we bought, sort of accidentally, as young ducklings to provide company for a solitary hatching of another breed. We did not want Saint, the other Aylesbury to feel she was one of a kind so it was off to the Millwood Poultry Sale

We came back with a replacement Aylesbury – Joan 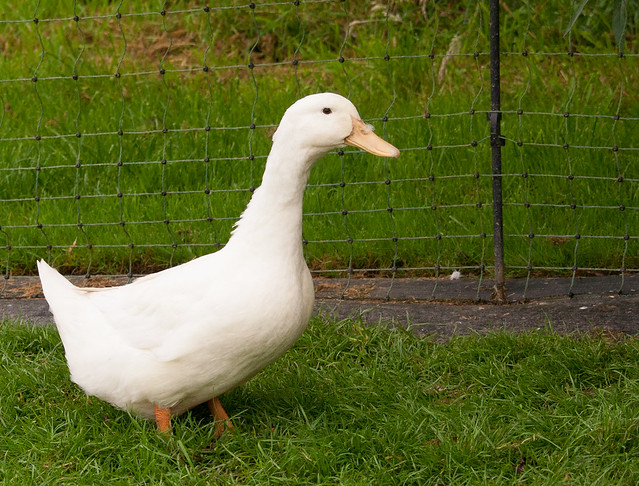 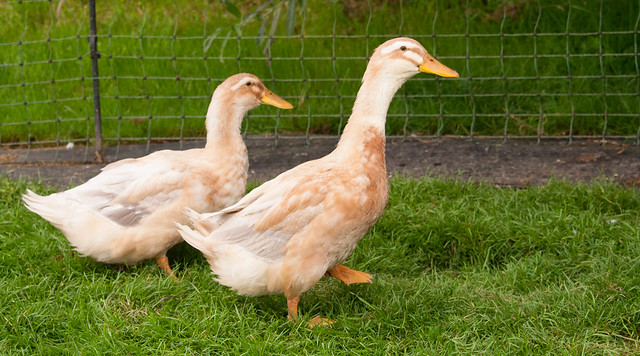 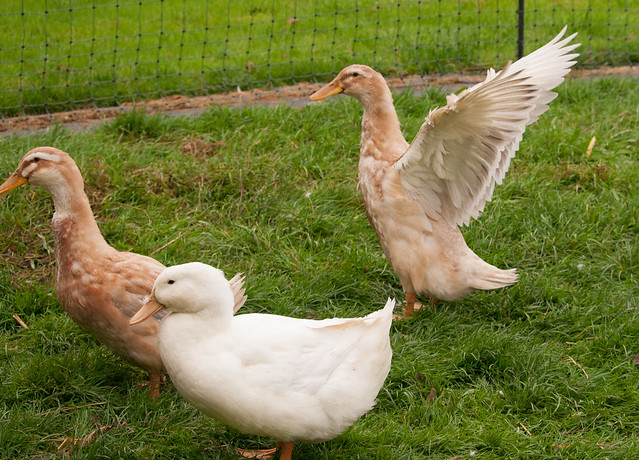 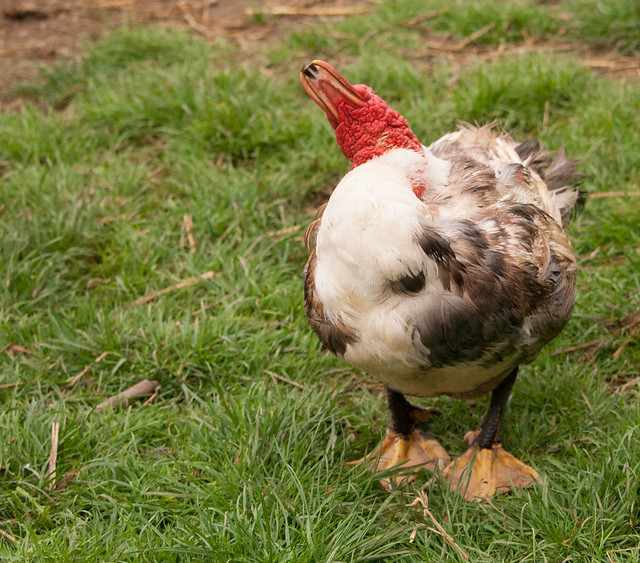 and Saint was not sure

Cagney was too busy with her brood 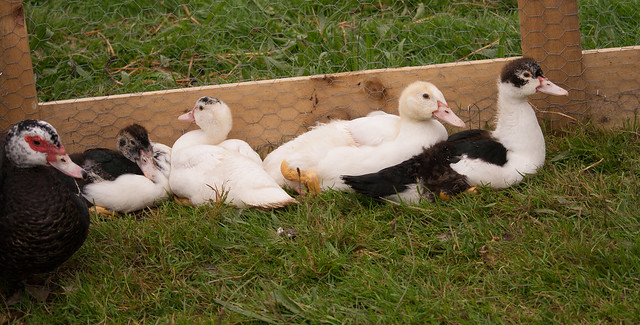 who are nearly as big as her 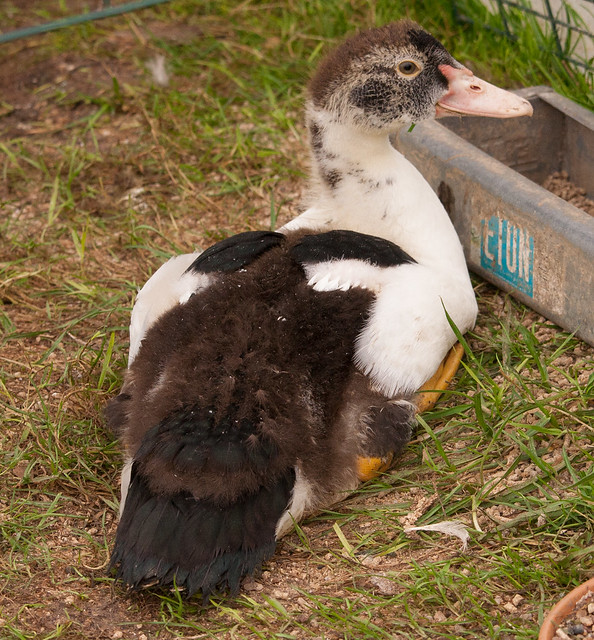