After a load of palava and song and dance three out of the four does have eventually managed to produce offspring.

First off was Easter, who only managed to produce one (visible) kit 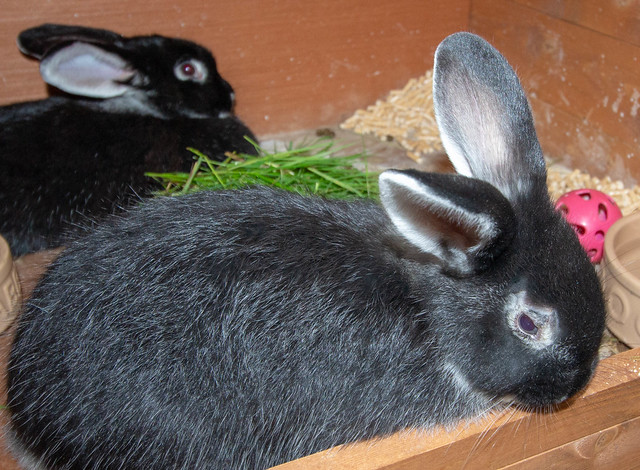 By being an only child, Comet has asserted an identity which makes it harder to label her “freezer”. She has also required vet attention (ie bills) to correct an ingrowing eyelash 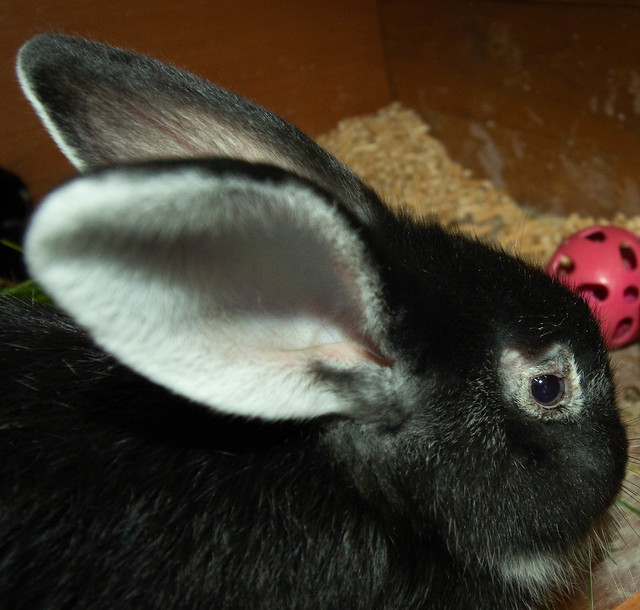 which is now healing nicely. So currently she is down as a replacement breeding doe – for Lettuce who has shown no interest at all in the whole breeding thing.

Next up was Anna with a litter of four, here two weeks ago 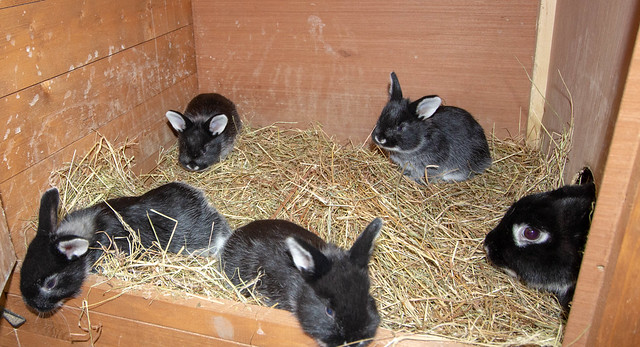 and thriving a week later 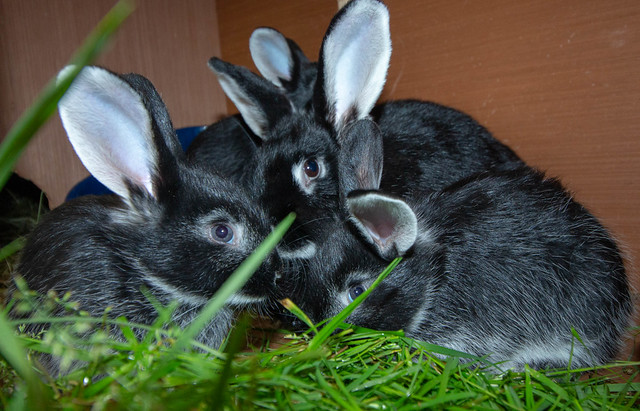 And then there is Heidi 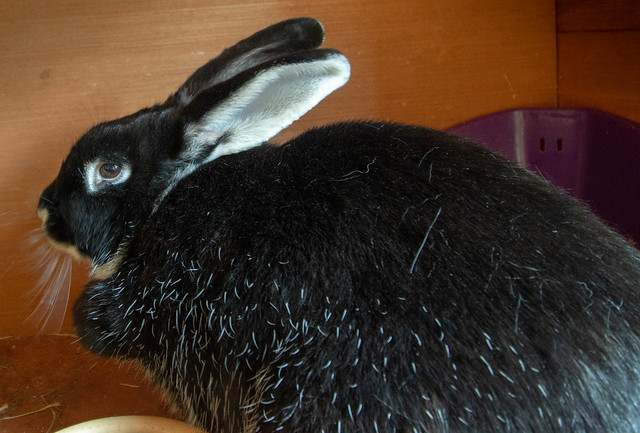 who has been through a couple of rounds of ripping out her fur to make nests and exhibiting highly temperamental pre-natal behaviour. 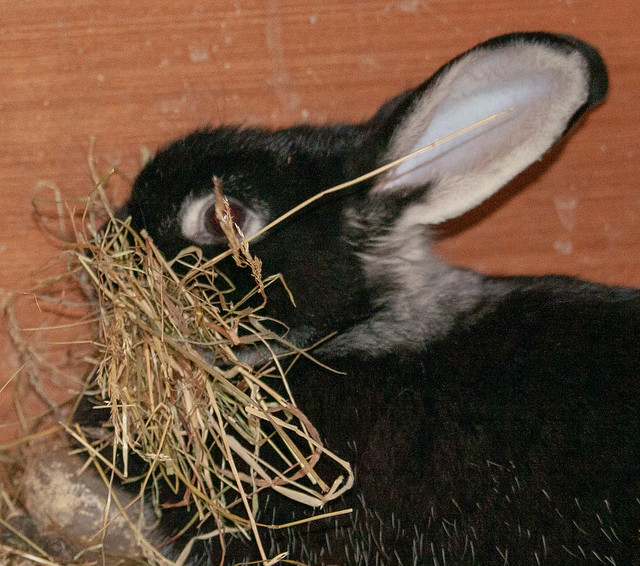 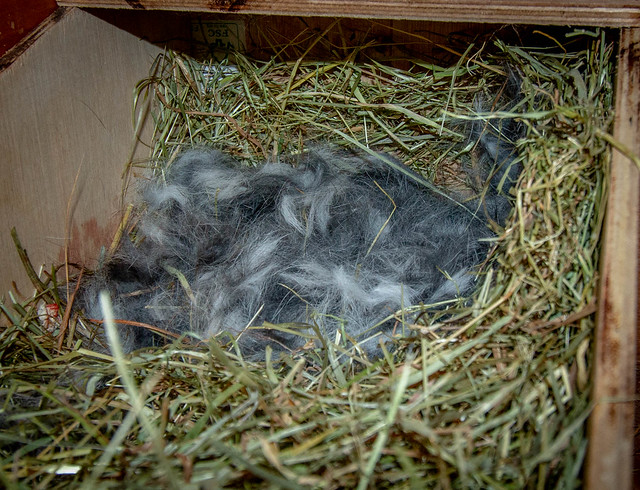 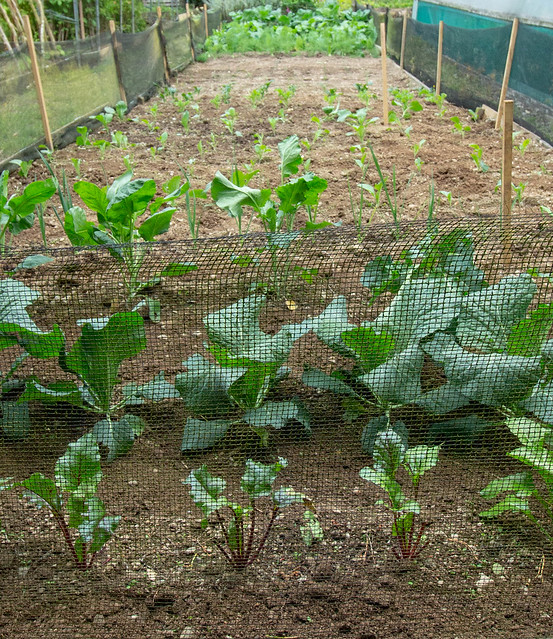 (with protection against The Wrong Kind Of Rabbit)